High Scores for the Citadel and the College of Charleston 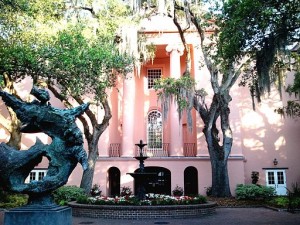 College of Charleston, by Anthony, Uploaded by Gary Dee, via Wikimedia Commons

Each year, the U.S. News & World Report ranks the top colleges in the United States, and this year, several Charleston schools stood out among the best in the 13-state South region. The Citadel distinguished itself as the No. 1 public university in the South and the No. 5 university among both public and private institutions in the South. The College of Charleston was ranked No. 4 and No. 11 in respective categories. The Citadel was also ranked the No. 8 best-value school in the South, and CofC was listed as the South region’s No. 6 up-and-coming school.

The U.S. News rankings are based on factors, such as graduation rate, student retention and student-faculty ratios as well as cost and college selectivity. The report is used by parents and students considering which higher-education institutions will be good choices for them. It is a trusted source of information and weighs significantly into decisions about where to attend college.

The Citadel has a freshman retention rate of 82% and a 13:1 student-teacher ratio. It is classified as a selective school, admitting only 76.9% of applicants. In-state tuition for the 2012-13 school year was reported as $11,772, and out-of-state tuition was $30,025. During the 2012-2013 school year, 3,390 students were enrolled, and 56.3% of full-time undergraduates received need-based financial aid for tuition and housing. All students are required to live on campus for the duration of their tenure at the Citadel. The school’s average six-year graduation rate for full- and part-time students is 72%. 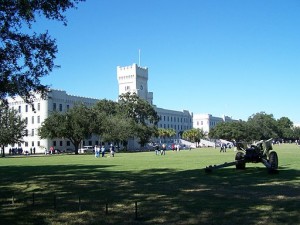 With an 82% freshman retention rate and an average student-faculty ratio of 16:1, the College of Charleston scores high in student satisfaction. As of the 2012-13 school year, 11,649 were enrolled at the College of Charleston, and only 73.5% of applicants were accepted, classifying the intuition as selective. Of the school’s full-time population, 47.2% receive need-based financial aid. Tuition for the 2011-12 school year was $9,616 for in-state students and $24,330 for out-of-state enrollees. On-campus housing cost $10,179 in 2011-2012, but students are not required to live in school-affiliated housing. At the College of Charleston, 67.6% of students live in off-campus housing. An average of 52% of the school’s undergraduate candidates earn a degree within four years, and the school’s average six-year graduation rate for full- and part-time students is 62%.

We like to report on these school rankings, because students make up an important part of our real estate market in the Charleston area. Consider that 67.6% of the College of Charleston’s 11,649 students live off campus, occupying mostly rental properties throughout the Charleston area. That’s around 7,875 folks who need housing — and that’s just from one school. Combine those numbers with students from area tech schools, Charleston Southern, MUSC and all the other colleges in the area, and it’s easy to see why and how real estate can be a good long-term investment. Many kids who rented in college turn into homeowners in Charleston once they graduate and land a steady job because they become familiar with the market and have learned that buying real state in the area makes sense.

Start adding in other factors — the relatively stable local economy and thriving tourism industry, for instance — and the strategy of investing in Charleston real estate begins to look even smarter. You’ll also find that a lot of folks who attend school in Charleston fall in love with the area and are reluctant to leave.

Kudos to the Citadel and CofC for providing excellent academics and an environment students enjoy.